How condensation water is formed.

Roofs are stressed not only by mechanical forces but also by the physical aspects of a building. These include fluctuating temperatures, which may vary between  – 20° C and + 80° C, and differences in air humidity on the inside and outside.

The difference in vapour pressure (Pi – Pe) causes vapour to be transported through the roof structure from the inside to the outside. If the roof is not constructed properly, condensation or frost will be formed on the inside of the relatively cold zinc-titanium.

Excessive condensation can be harmful in a number of ways. For example, it can damage the zinc-titanium on the inside as the result of corrosion, or lead to moisture damage on parts of the supporting structure (corrosion, wood rot or mould). Totally sealing the roof on the inside is not the answer: this cannot be done in practice, and in terms of moisture regulation in a building it is generally not desirable.

In order to achieve the desired movement of vapour and to avoid the risk of damage, two main steps must be taken: 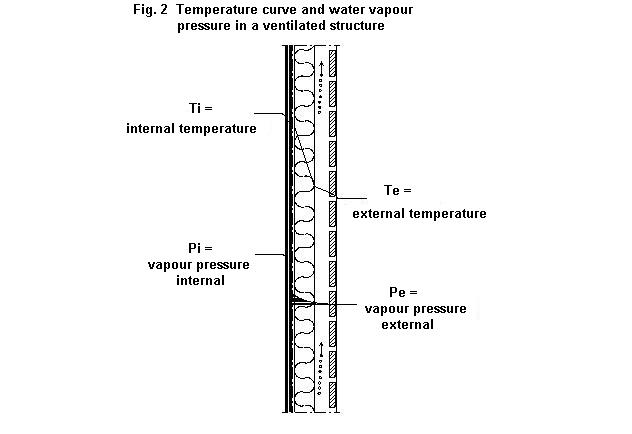